Near the end of World War II, to meet the demand for housing caused by the war, four developers - Jess Little, L.C. Ferguson, Harry E. Cagle, and H.S. Proctor - received approval to develop “WEST LANE PLACE.” The original 1945 plat included 38 lots in their 22-acre tract located south of Westheimer and west of the railroad tracks and Highland Village. The actual typical wood siding “starter homes” were built on very large lots – each about a one-half acre – and the lot and home sold for $10,000 to $15,000 total!

At the time, the Houston city limits and Richmond Avenue ended at the Union Pacific railroad tracks. Westheimer Road was paved to Post Oak Lane and was the main East/West road into town. City bus service ended at River Oaks Boulevard. Highland Village Shopping Center, one of the first suburban shopping centers in the country, had just been developed, and most of the land west of the railroad tracks was prairie.

The streets “Mid Lane” and “West Lane” were originally short dead-end streets built for the 1930’s Herle Home Addition - on the north side of Westheimer. West Lane was located to the west of Mid Lane. The 40-lot subdivision had only 40 small lots and was the only housing development west of the railroad tracks. The small homes were eventually demolished and replaced by the attractive Westheimer Oak commercial development of one and two-story specialty retail shops, offices, a bank, and the famous Crapittos Cucina Italiana. Crapittos was known and patronized by fine dining devotees worldwide due to some off-color jokes about the name by Johnny Carson on the Tonight Show. The restaurant hosted our 2004 Neighbor’s Night Out.

As development progressed on the three West Lane Place subdivisions, Mid Lane was extended to connect San Felipe Road to Richmond Avenue. At the north end of Mid Lane, several two-story apartment projects became known colloquially as “Sin Alley.” Socially active singles moved in and developed a reputation for holding wild parties in the Sixties and Seventies! It also was rumored to be where wealthy River Oaks businessmen housed their mistresses.

The original streets in West Lane Place were dirt or shell, and open ditches sufficed for drainage. Flooding was common and wildlife abundant. There were few native trees. Most of our beautiful trees were planted by homeowners. Until 1957, Afton Oaks was a partially wooded area that served as a playground for the many youths that lived in West Lane Place.

As West Lane Place was being built out in 1947, the developers re-organized. Jess Little began constructing homes on the 90 lots in the 24 acres West Lane Annex, located along Mid Lane between West Alabama and the south end of Hackberry Lane. Lana Lane was named for Jess Little’s daughter and Hackberry for a tree that grew abundantly in the area. In 1949, West Lane Place Section Three was established with 47 lots. Bash Street was named for a well-liked Black worker who was involved in the construction of the neighborhood.

Each of the three subdivisions has its subdivision plats, deed restrictions, and deed restriction enforcement committees, which differ. By 1975 the area was somewhat declined, and residents agreed to revise the original West Lane Place (between Westheimer and West Alabama).

Developers began to subdivide the original one-half acre lots, building two and three-story homes, townhomes, and condominiums. In January 1984, the property owners in West Lane Annex voted to change their deed restrictions, and developers began subdividing lots to permit more than one house on an original lot. There were originally 175 lots within the three subdivisions. As of 2015, there were 350 lots, and today there are more.

In the early 1950s, the City of Houston annexed a large land area, including West Lane Place. The original sewage treatment plant on Bash at Richmond was replaced with city services, the streets were paved, and the dirt drainage ditch along the west side of the railroad tracks built, which ended flooding. Residents chipped in to build the curbs and gutters for West Lane and West Lane Annex.

Residents on Bash didn’t participate, and that is why the street level is different. Bash street is also different in that the deed restrictions do not allow the original lots' subdivision, maintaining the street's single residence nature but resulting in a slower pace of redevelopment.

After the deed restrictions were revised for West Lane Place and West Lane Annex in the 1970s and 1980s, new buildings had to be the majority of brick or stucco. Eventually, that changed the look of the neighborhood to what it is today. Only a few of the original wood houses remain.

In 1992, residents of the three subdivisions came together to create the West Lane Place Civic Association as an umbrella organization to preserve and maintain the neighborhood's residential character.

It is a voluntary association that homeowners are encouraged to join and participate in. At $25/year/family, it is a real bargain. It sponsors two events each year: the annual Civic Association Meeting and Neighbors’ Night Out, which is traditional in October but had to be canceled in 2020 because of the Covid pandemic. Also, it organizes the citizens’ safety patrol, welcome wagon, street lights, entry signs, newsletter, and other common amenities. Approximately 72 percent of the lots have at least one family member who belongs to the Civic Association.

Only a very few early residents of West Lane Place still live here. The original residents formed close relationships because their children played together, and they shared a family and home-oriented suburban lifestyle. One early resident who has lived in the neighborhood for 65 years recalls taking his children, then his grandchildren, and finally some of his ten great-grandchildren for walks in the neighborhood.

West Lane Place in 2020 is a vibrant urban neighborhood that continues to see new homes being built all the time. Many of today’s residents come from other Houston neighborhoods or other cities, have busy lives, travel often, and our friendships extend far and wide. It is home to television personalities, philanthropists, many people involved in the energy industry, physicians and other healthcare professionals, authors, artists, lawyers, architects, etc.

There are at least three active book clubs in West Lane Place. It continues to be a hidden gem in the heart of a vibrant city because it has been nurtured by the residents who appreciated its great location and charms over the past seventy years.

Thanks to Ted Richardson and Bruce Wallace for their help in putting this history together.

West Lane Place has a storied history as a wonderful community of friends and neighbors. Original residents recount that West Lane Place was considered “out in the boonies” or “halfway to San Antonio” by friends who lived closer to downtown. There are several fascinating personal accounts of the “Leave It to Beaver” lifestyle of West Lane Place in the 1950s. Use the links below to read some of those personal accounts from three of WLP’s longest-term residents.

WLPCA is an all-volunteer, member-funded civic association. Member support allows us to provide important and timely communication to West Lane Place residents and to act on behalf of our community when dealing with city ordinance, maintenance and other issues.

Please help us to continue these efforts by becoming a member or renewing your current membership. Annual membership dues are just $25 or $15 for members 65 or older, payable in January. 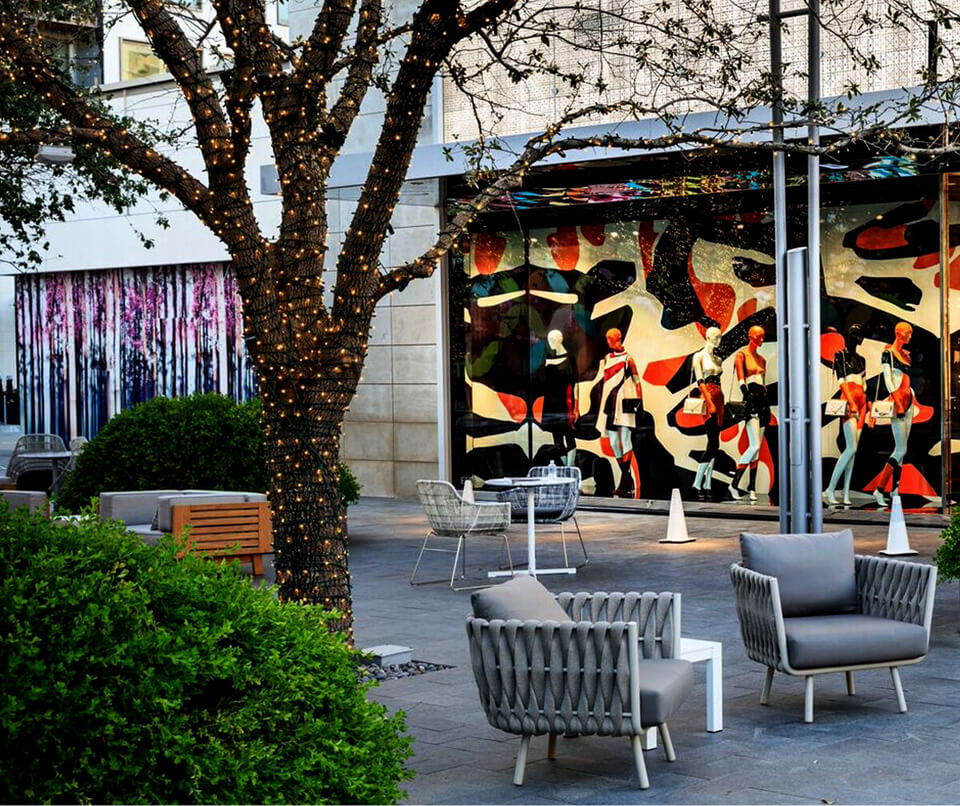